Thank you for supporting Lookout and our authors! Please note that we’re unable to fulfill direct orders immediately. We encourage you to support local bookstores offering curbside pickup or delivery, and if you’d like to order online, to shop our Bookshop affiliate store, which raises essential funds for both independent bookstores and the ongoing work of Lookout Books. 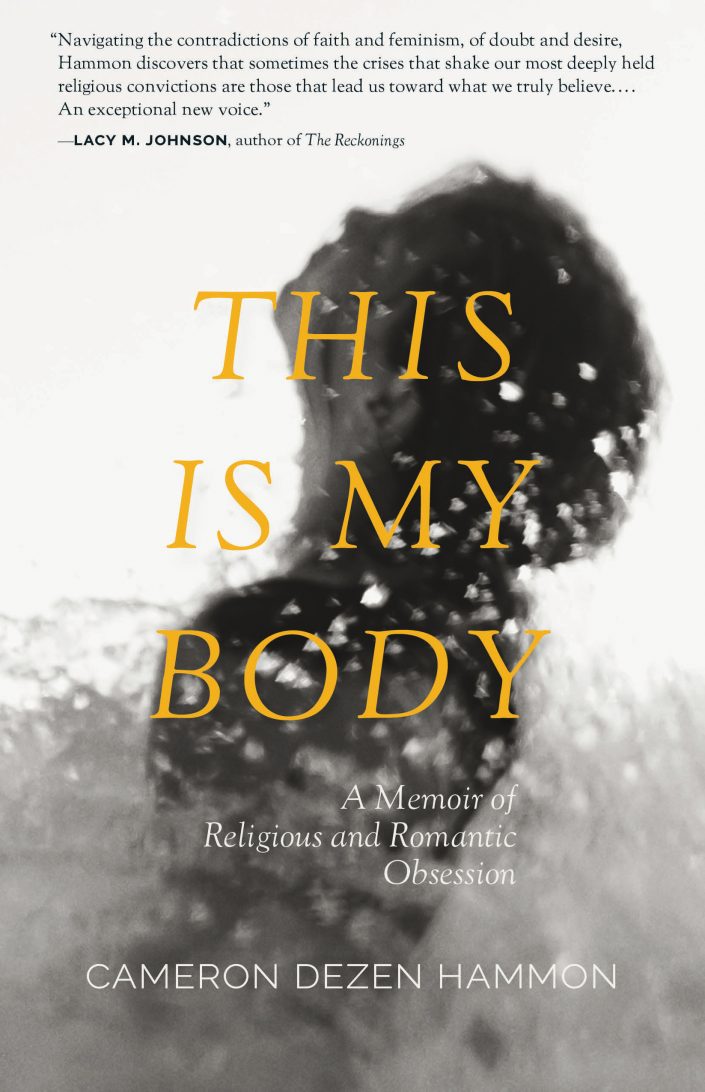 This Is My Body: A Memoir of Religious and Romantic Obsession

One of five great indie press books from 2019, Book Riot

Author and musician Cameron Dezen Hammon’s memoir of faith and faltering weaves her zealous conversion to evangelicalism with the search for a more progressive and fluid theology, and the endurance of marriage with an unexpected obsession that threatens to upend her carefully constructed life. From speaking in tongues to street preaching, from biblically sanctioned discrimination to sexual assault, she invites readers inside this tender and harrowing quest for meaning. Part inspiring spiritual memoir, part incisive cultural critique, her story of finding and losing faith is ultimately one of rebuilding a truer, braver self.

In this memoir of faith and faltering, author and musician Cameron Dezen Hammon, a Jew-ish New Yorker, finds herself searching for love, meaning―a sign. She’s led to Coney Island, where during a lightning storm, she is baptized in the murky waters of the Atlantic by a group of ragtag converts. After years of trying to make a name for herself as an artist, she follows her boyfriend and new God to Houston, Texas, the heart of American evangelical subculture. Her job at a suburban megachurch there has her performing on stage before crowds, awash in lights and smoke, yet grappling with outdated gender expectations―look pretty but not too pretty, young but not too young―and ultimately her identity as both a believer and feminist.

This Is My Body weaves her zealous conversion with the search for a more progressive and fluid theology, the endurance of marriage with an unexpected obsession that threatens to upend her carefully constructed life. From speaking in tongues to street preaching, from biblically sanctioned discrimination to sexual assault, she invites readers inside this tender and harrowing journey. Part inspiring spiritual memoir, part incisive cultural critique, her story of finding and losing faith is ultimately one of rebuilding a truer, braver self.

“With a rare combination of candor and grace, the author exposes some of evangelicalism’s frailties without disparaging or dismissing those who are still believers, making her narrative accessible to a wide audience. . . . A generous and unflinchingly brave memoir about faith, feminism, and freedom.”

“[The] misogyny―in churches that allow women to ‘speak’ but not ‘preach’―should not come as a surprise to readers, but the particularities of Hammon’s experience bring the effect of these slights, big and small, to life. . . . Her strikingly contemporary reflections about her treatment in conservative churches . . . make her story a salient one for this particular moment, in the wake of the #MeToo Movement.”

“While navigating the contradictions of faith and feminism, of doubt and desire, of the sometimes unbridgeable distance between what we believe and what we know, Hammon discovers that sometimes the crises that shake our most deeply held religious convictions are those that lead us toward what we truly believe. This Is My Body signals the arrival of an exceptional new voice.”

author of The Reckonings: Essays

“As a veteran songwriter, her prose has the direct punch of a well-written lyric but is often capable of flights of poetry.”

Musician Cameron Dezen Hammon’s writing appears in The Kiss anthology from W. W. Norton, Ecotone, the Literary Review, the Houston Chronicle, NYLON, and elsewhere; and her essay “Infirmary Music” was named a notable in The Best American Essays 2017. She earned an MFA in creative writing from Seattle Pacific University and is a writer-in-residence for Writers in the Schools in Houston, where she lives with her family. This Is My Body is her debut book.